Chicken legs are marinaded in scotch bonnet chillis and sweet, aromatic spices before roasting. This Gluten-free and Paleo recipe tingles with fruity heat. 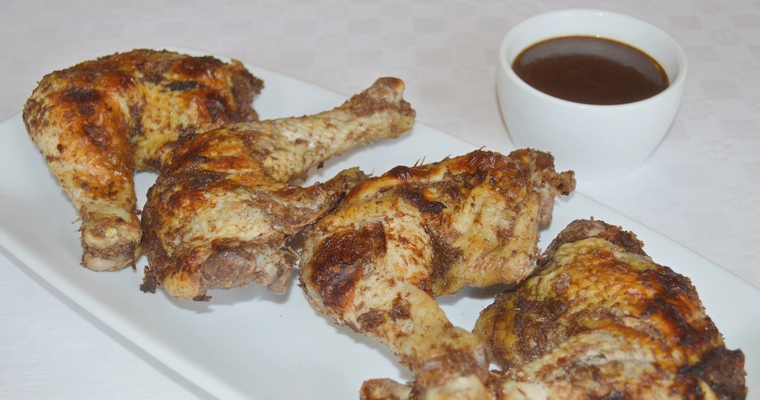 Jerk is a traditional Jamaican dish that involves marinading chicken or pork in a spice mix, before cooking over a charcoal fire and smoking with pimento wood from the allspice tree. Typical marinade ingredients include scotch bonnet chillies, allspice berries, thyme, ginger, cinnamon, nutmeg, sugar and spring onions. The result is a sweet and aromatic smokiness, tempering a warm punch of chilli.

Many recipes also include soy sauce, which adds a salty-umami flavour. As many people are unaware that soy sauce contains gluten, you need to be careful about ordering jerk when eating out if you are gluten-intolerant. You can replace the soy sauce with fish sauce for a similar effect, but I don’t find the flavour necessary amongst the aromatic spices and the fiery but fruity heat of scotch bonnet chillis.