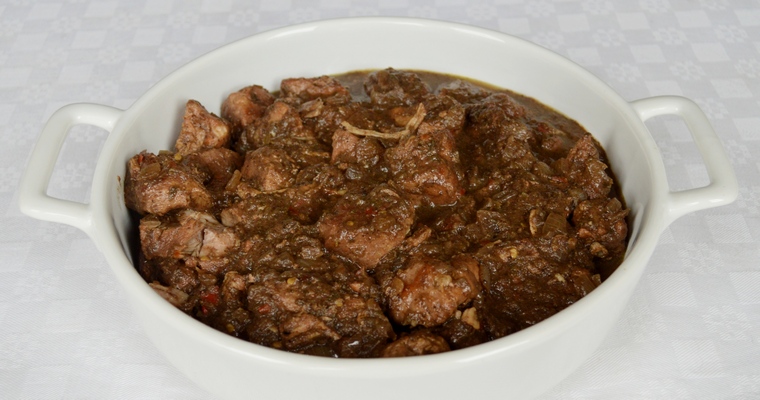 In a previous post, I gave my recipe for Jerk Chicken. This recipe uses the same paste, but this time the meat is braised in a cooking liquid rather than served dry. This results in a slightly more mellow and less punchy dish, as the longer cooking time reduces the potency of the chilli. The recipe works equally well with beef. Simply replace the same amount of pork neck fillet with a slow-cooking cut such as  beef chuck or shin.

for the spice paste: