What is the Paleo diet?

The Paleo Diet excludes foods that are difficult to digest and place stress on our bodies. This means cutting out all processed foods, and complex carbohydrates like sugar, dairy and grains such as wheat, oats and rice. The focus is switched to cooking whole foods from scratch, like meat, fish, eggs, vegetables, fruit, nuts, seeds and honey – basically anything that a hunter gatherer would recognise as food. By reconstructing the natural human diet before the advent of modern agriculture, we bring our diet into harmony with our digestive abilities.

Why do we need to change our diets? 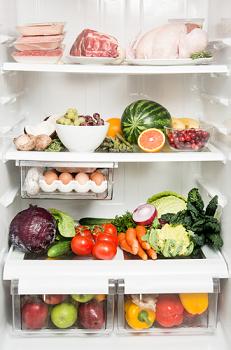 Many people have digestive systems that struggle to cope with the demands placed on them by a diet high in complex carbohydrates. Grains, sugars, legumes, potatoes and dairy products all have complex molecular structures that need to be broken down before they can be absorbed by the gut. Some people cannot break down these foods at all, as they do not have the necessary digestive enzymes. Nearly 70% of the world’s population lack lactase, the enzyme that breaks down milk. This is what is meant by a food intolerance.

The strain placed on our bodies by the modern agricultural diet can lead to a ‘leaky’ gut. This is when the gut wall becomes damaged and porous, allowing undigested food particles to pass through to the bloodstream. When this happens, the body’s immune system kicks in, producing antibodies to destroy foreign invaders.

The problem is that human tissue has a similar molecular structure to food proteins, and the body cannot tell the difference between foreign invaders and healthy tissue. This leads to inflammation in the body, resulting in health problems such as psoriasis, eczema, asthma, arthritis, osteoporosis, joint problems, headaches, respiratory infections and Irritable Bowel Syndrome. Over time, a full-blown autoimmune disease can develop. By removing complex carbohydrates, the Paleo diet eliminates digestive stress and helps to rebuild a healthy gut wall.

Which foods are allowed on the Paleo Diet?

If in doubt, a good rule of thumb is simply to ask yourself whether a paleolithic man would recognise the foods on your plate.

Is the Paleo Diet the same as the Specific Carbohydrate Diet?

The Specific Carbohydrate Diet (SCD) can be seen as the pre-cursor to the Paleo Diet. It was devised by Dr. Sidney V. Haas in the 1950’s for the treatment of inflammatory bowel disease, but gained little attention. It was not until the mother of one of his patient’s, Elaine Gottschall, expounded on his discoveries in the self-published book ‘Breaking the Vicious Cycle’ some three decades later that the diet gained popularity.

The diet aims to controls bacterial overgrowth in the intestine by eliminating starchy foods, and only allowing specific carbohydrates that are easily digested. Complex carbohydrates that cannot be absorbed by a damaged gut will linger in the digestive tract, feeding ‘bad’ bacteria. This disturbs the balance of the gut flora, resulting in a vicious cycle that perpetuates gut irritation and malabsorption of nutrients.

Although the principle is broadly the same as the Paleo diet, the SCD allows properly-soaked legumes and low-lactose dairy products such as yoghurt and ghee. However, in other ways it is more limiting, in that high-starch foods such as arrowroot, parsnips, maple syrup and chestnut flour are not allowed. A full list of legal / illegal foods can be found on the Breaking the Vicious Cycle website: www.breakingtheviciouscycle.info/legal/listing/.

Who should adopt the Paleo Diet?

There are many reasons why someone might choose the Paleo Diet. For some, it goes hand-in-hand with an athletic lifestyle and physique – for example, those who practise the CrossFit discipline. For others, it can be about a desire to feel more energised, or to lose weight, or simply to cook more healthy and natural food.

But the most obvious reason for adopting the Paleo Diet is to manage a gastrointestinal disorder, such as Small Intestinal Bacterial Overgrowth (SIBO), Irritable Bowel Syndrome (IBS), Inflammatory Bowel Disease (IBD), Crohn’s Disease, Ulcerative Colitis or leaky gut. By giving the gut a rest from processing complex carbohydrates, the gut wall is allowed to heal and become impermeable again. Meanwhile ‘bad’ bacteria are starved out, resulting in a healthier balance of gut flora.

Can the Paleo Diet be followed as a long-term diet plan?

When something makes you feel better, it is tempting to stick to the same, safe formula. However, the Paleo Diet is a restrictive diet, and variety is the key to a healthy, happy gut. Although processed foods and harmful oils deliver nothing but a digestive burden, there is a nutritional benefit to some of the excluded food groups, like legumes and dairy. This is especially true for women.

Carbohydrates are essential for regulating female hormones and reproductive health. I speak from experience. For the two years during which I followed the Paleo Diet to the letter, I did not have a menstrual cycle. At the time, this was the least of my concerns, as my focus was purely on recovering from severe Irritable Bowel Syndrome. But as I got better, and was able to resume my life, it became an issue for my husband and I. So, following the advice of a fertility specialist, I re-introduced complex carbohydrates. This felt like a scary step at first – a step back into an emotional and uncertain place where food could be either friend or foe.  It took some experimentation to find out what worked for me, but my diet now includes potatoes, rice, quinoa, millet and gluten-free oats. The good news is that I no longer have polycystic ovaries, and gave birth to a healthy baby in 2020.

But this is not just a ‘woman’s problem’. Carbohydrates are important for maintaining healthy gut flora in both men and women. This is because some types of starch do not get broken down and absorbed in the small intestine, and travel to the large intestine intact. These are called Resistant Starches, since they ‘resist’ digestion. Once in the large intestine, resistant starch provides food for ‘good’ bacteria, strengthening the gut wall and reducing inflammation. Resistant starch is found in legumes, whole grains, starchy vegetables and cooked then cooled rice and potatoes.

What are ‘Safe Starches’ in the Paleo Diet?

I think of my approach as Paleo Plus – the Paleo Diet plus any carbohydrates that I can tolerate. In the Paleo Diet literature, you will often come across references to ‘safe starches’. Safe starches are those which are low in, or free from, natural toxins. The most commonly cited examples are white rice and potatoes, although different people have different ideas as to what should be included in this list. And this is entirely my point. Everyone is different, with a unique genetic makeup and gut microbiome. Allow yourself to be guided by your body, rather than by strict definitions.