Thin strips of parsnip are baked in the oven to crisp, golden shards. The salty-sweet combination makes a deliciously moreish alternative to potato crisps. 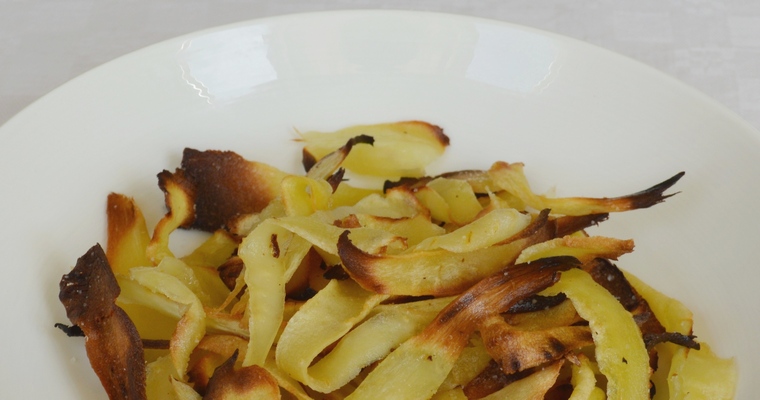 These crisps make a great standalone snack, but I like to serve them with soup as an alternative to bread. The first trick to a crisp texture is to make sure you don’t overcrowd the roasting tray, as this causes the parsnip ribbons to steam rather than roast and brown. The second trick is to resist the natural temptation to snaffle them as soon as they are out of the oven. They will continue to crisp up as they dry, so it is worth waiting 30 minutes before serving.

for greasing the roasting tray: