Moist, chewy macaroons with a sweet coconut flavour. This Gluten-free and Paleo recipe is made with desiccated coconut, coconut milk, egg whites and honey. 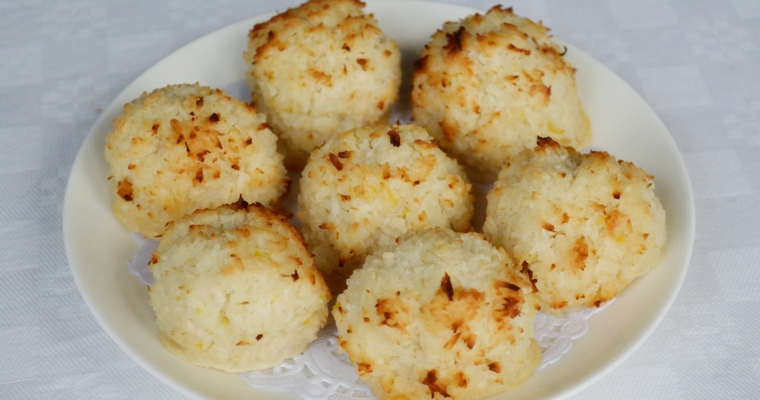 However, shredded coconut is difficult to find in the UK.  An easier and cheaper solution is simply to add back in the moisture. Dried coconut can be re-hydrated without compromising on flavour by using warm coconut milk to plump up the grains. This wetter mix is held together using eggs. Only the egg whites are used, as this is the part of the egg that contains the binding proteins. This results in an airier texture, as the egg yolks contain all the fat and ‘eggy’ flavour.