Creamy, cold dessert made by pouring custard into ramekins and baking until set. This Dairy-free and Paleo recipe is made with almond milk and honey. 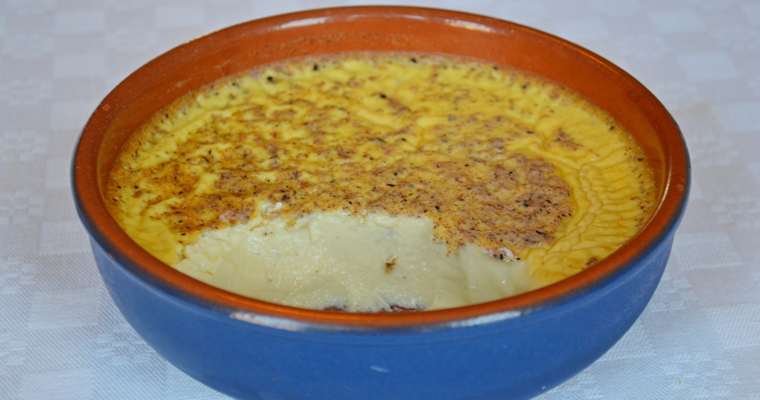 Custard can be either fluid or set, depending on how it is cooked. Pouring custard is a sweet dessert sauce that is served over hot desserts like steamed puddings, fruit pies and fruit crumbles. It is made by whisking hot milk into egg yolks and sugar, and then heating gently in a saucepan until the sauce is thick enough to cling to the back of the stirring spoon. Baked custard is served cold as a dessert in its own right, rather than as an accompaniment. It is more solid, as the egg and milk mixture is poured into a mould and cooked in the oven until it sets to a gel-like consistency. Because the desired consistency is solid rather than fluid, the recipe includes egg whites for their gelling properties. However, too many egg whites will increase the firmness while reducing the richness and softness, so they are only added at a ratio of 1 egg white to 3 egg yolks.

02. What causes custard to set?

Reduction sauces like gravy are thickened by heating to boiling point to drive off the excess water. Egg-based sauces like custard are thickened by the proteins in the sauce rather than by evaporation. When heated, egg proteins coagulate to form a solid mass that acts as a gelling agent. You can see this principle in action when you crack an egg into a hot frying pan, or scramble eggs in a saucepan. Egg-based sauces are quite temperamental to cook, being sensitive to high temperatures. If the temperature exceeds 80°C/176°F, then the eggs overcook and scramble, resulting in a lumpy sauce that has a curdled appearance. But if the temperature does not exceed 70°C/158°F, then the egg proteins do not coagulate, resulting in a runny sauce. Making pouring custard on the stove requires patience and vigilance – it is not a thing that can be attempted while multi-tasking, as it must be stirred constantly to turn over the bits that sit over direct heat.

03. Why is baked custard cooked in a water bath?

The danger of curdling is solved by cooking custard in a water bath. This simple technique involves pouring the custard into a dish, and then sitting the dish in a deep roasting tray half-filled with water. As the temperature of the surrounding water cannot exceed 100°C/212°F, the custard is insulated from direct heat. However, custard continues to cook for several minutes even after it is removed from the heat source. This is called carryover cooking, and refers to the fact that the residual heat from the exterior of hot food will travel to the cooler interior until an equilibrium of temperature is reached. This heat transfer exchange explain why pretty much all food benefits from resting, and not just meat.

04. How do I prevent baked custard from overcooking and weeping?

While cooking times provide a useful estimate, they should not be slavishly obeyed. Instead, check for doneness by removing from the oven and giving the dish a gentle shake – if there is a slight wobble in the middle of an otherwise solid mass then it is done. Remember, the centre will continue to cook as it cools, due to carryover cooking. If you wait until the middle is fully firm before removing from the oven, then the centre will overcook as it cools. Overcooked baked custards ‘weep’ a clear liquid that collects at the bottom of the dish. This happens because the egg proteins have bonded together too tightly, squeezing out the water molecules.

Nut ‘milks’ are an emulsion of ground nuts and water. They are made by grinding nuts to a paste and mixing vigorously with water until fully blended. The mixture is then strained through a fine mesh material. Just like egg-thickened sauces, nut milks do not respond well to high temperatures. If you heat nut milks all the way to boiling point, the heat-sensitive emulsion breaks down. This causes the finely ground nut particles to separate out from the water, resulting in a grainy texture. As egg-thickened custard should not be cooked to a high temperature, this makes nut milk a perfectly acceptable substitute for cow’s milk.

At its heart, baked custard is nursery-style comfort food. The slippery texture and delicate flavour signals blandness, and yet this unprepossessing dish has a luxuriously rich and creamy mouthfeel. It is the one dish I crave when I am ill. I’m not sure how much of this is because it is easy to swallow and digest, and how much is due to the fact that my mother always fed it to her little invalids! My point is that distinctive flavours have no place in a baked custard. Coconut, pecan and hazelnut milks produce sweet-tasting nut milks, while walnuts and brazil nuts produce bitter-tasting milks. The best nuts to use for baked custard are those that produce mild-tasting, buttery milks, such as almonds, cashew and macadamias. Out of this selection, almond milk produces the best baked custard.

07. How can I use up the leftover egg whites? 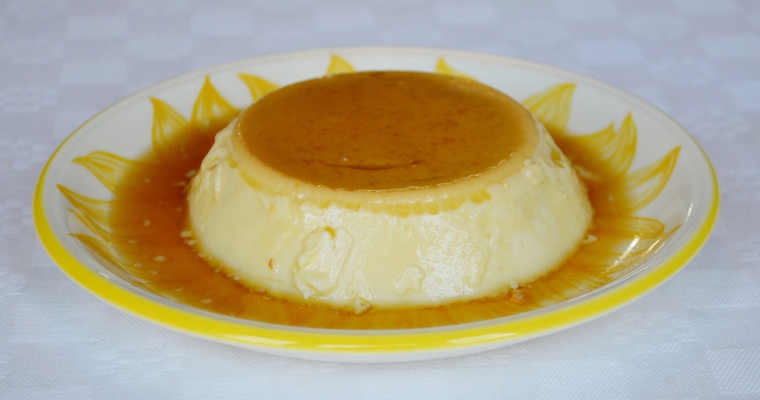 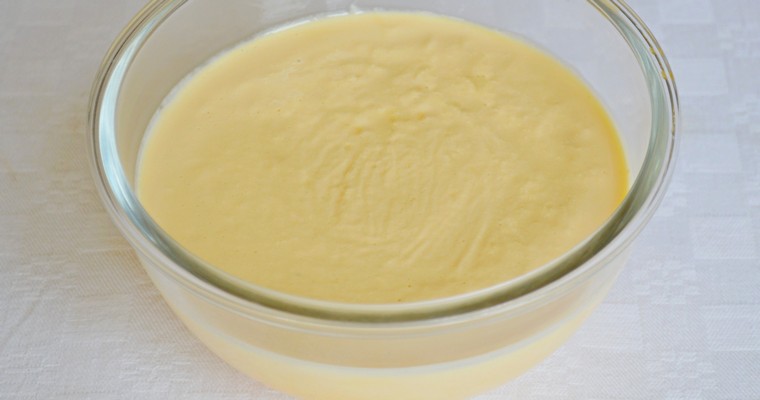