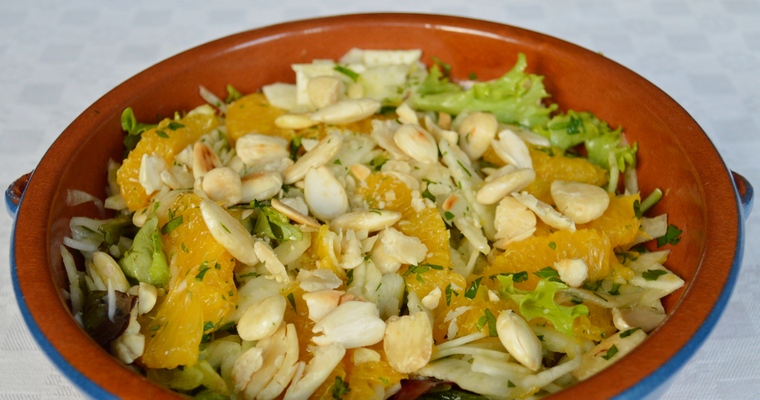 Fennel is a white, bulb-shaped root vegetable. It has a crunchy texture, similar to celery, but becomes tender and sweet when roasted and caramelised. It has a unique flavour of anise and liquorice, and is used a lot in Italian cooking. The tough outer layer, hard core and stalks are removed before eating, although the leafy fronds attached to the top of the stalks are generally saved for a garnish. The leaves have a similar appearance to dill, and a more subtle flavour than the bulb. Fennel is a versatile vegetable, which can be roasted in wedges, chopped and braised in stews or sliced thinly and eaten raw. This recipe uses raw fennel for a crunchy and refreshing salad that works well as a palate cleanser. It is best served with fish or chicken, but also goes well with spicy Middle Eastern dishes like Lamb Kofta Skewers. Following this theme, you can also add the seeds of half a pomegranate. For a nice colour contrast, you could replace or supplement the salad leaves with crimson radicchio (although you may need to add a bit more honey to counteract the bitterness). 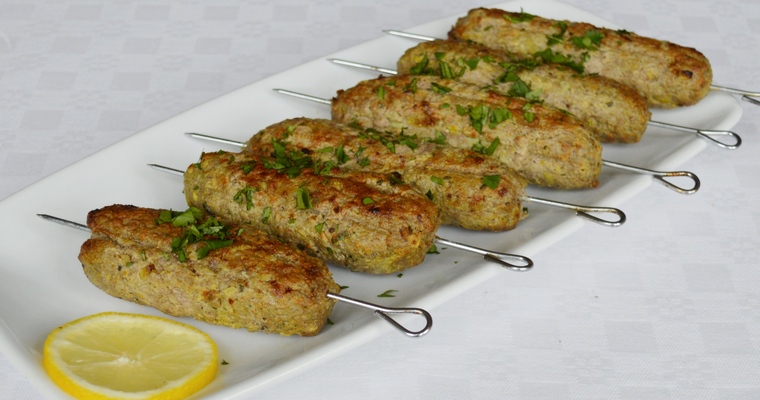 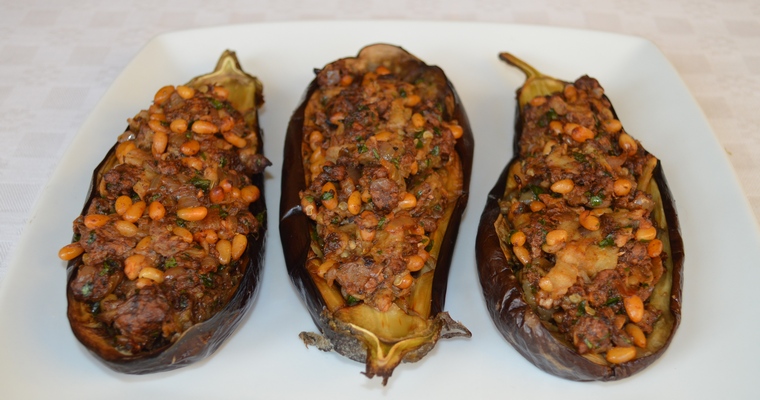