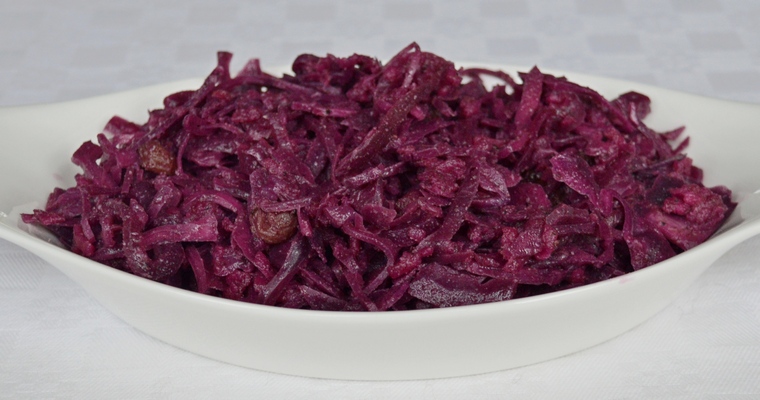 Braised Red Cabbage is a winter dish that is traditionally served with rich, fatty meats like duck, goose or pork. This is because the interplay of sweet and sour flavours cuts through the fattiness, making it a particularly good accompaniment. The basic dish comprises of shredded cabbage that is slowly cooked in a liquid. This can be done in a closed pot either on the stove, or in a low temperature oven at 150°C/300°F. The braising liquid could be stock or alcohol like red wine or cider, but is more usually a fruity vinegar like balsamic or red wine vinegar, as acid helps retain the vivid purple-red colour during cooking. Braised red cabbage keeps well in the fridge or freezer, so can be made ahead of time in large batches.