Macaroons with a chewy crust, gooey centre and orange zest flavouring. This Dairy-free, Gluten-free and Paleo recipe is made with ground almonds and honey. 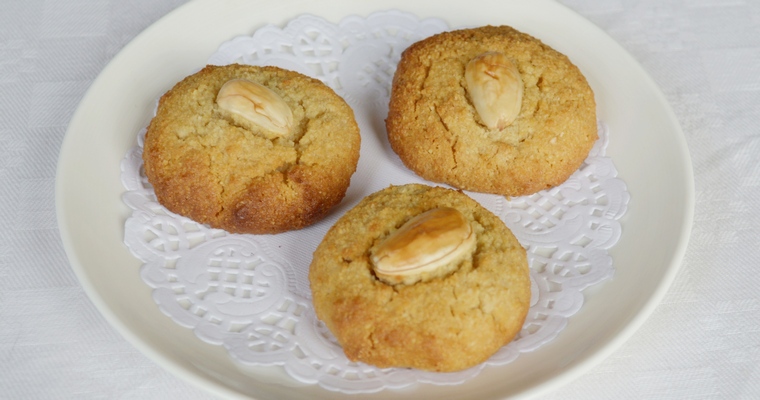 Macaroons are small, circular cakes made by folding whipped egg whites into a dough made from ground almonds and sugar. Flavourings such as vanilla and citrus zest are often added, while coatings applied by rolling the dough in crushed nuts such as flaked almonds or pistachios, or drizzling with chocolate after baking, are also common.

In France I have come across almond macaroons where a cherry has been placed in the centre of the dough, which has then been rolled into a spherical ball (like in my Cherry Almond Macaroon recipe). However, it is more common to see almond macaroons flattened into a disc shape, as this allows the centre to cook through (although the general idea is to maintain a slightly gooey centre beneath a chewy outer crust). When using honey it’s good to include a strong flavouring such as the orange zest or vanilla extract, as the taste of honey can otherwise dominate.