Succulent chicken legs are marinaded, roasted and served with a piquant chilli sauce. This naturally gluten-free recipe tingles with flavours of Portugal. 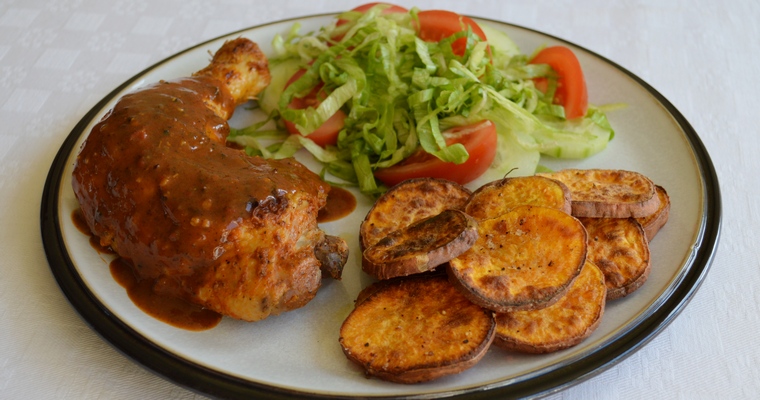 Piri Piri chicken is probably the most famous Portuguese dish, although it actually developed in Africa. Angola and Mozambique were once colonies of the Portuguese empire, and it was Portuguese settlers who introduced chilli peppers from South America. ‘Piri piri’ simply means ‘pepper pepper’ in the Swahili language, and describes a punchy red sauce that is most commonly served with grilled chicken.