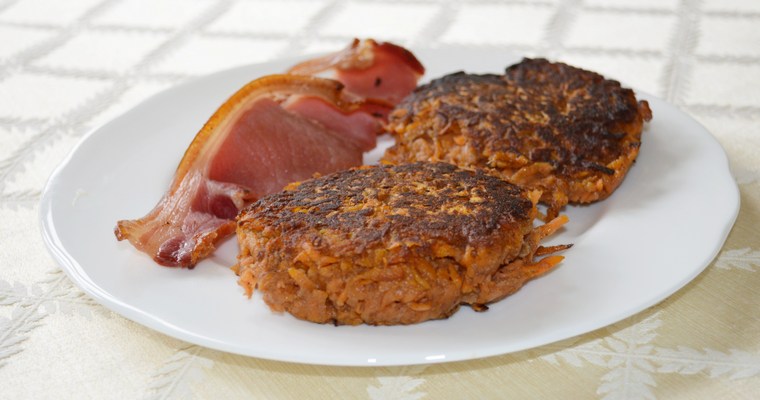 This recipe is a real Saturday morning treat, which I make when I’m craving a stack of buttery pancakes drizzled with maple syrup. The warm spices and banana are enough to satisfy the sweetest tooth, but the smoked bacon stops any approach toward cloying, creating a classic salty-sweet combination. However, if you have a more savoury palate, then replace the banana, cinnamon, and nutmeg with half an onion (peeled and very finely chopped, then sauteed in 1 tablespoon of oil for 4 minutes, until translucent but not brown).